A while back, I published a post on the Raidersec blog demonstrating how to perform a deauthentication attack using Python and Scapy. I enjoyed writing the post, since I got the opportunity to learn in-depth about how different wireless attacks work, beyond just learning how to exclusively use the aircrack suite.

So, with that being said, this post will kick off a short series of posts discussing how to perform common wireless attacks using Python. I hope you enjoy the posts and, as always, never hesitate to let me know if you have any comments or questions below.

The first attack we’ll explore is what I call the “dnspwn attack” (since, from what I can tell, this attack was first created targeting HTTP with the “airpwn” tool, and later extended to DNS) The idea behind the attack is pretty simple:

Consider two people on the same open WLAN: Bob and Eve. Eve wants to get Bob to visit a malicious webpage she created so that she can install malware onto Bob’s computer via a drive-by download, or perhaps show a spoofed website to try and steal Bob’s credentials.

To do this, she remembers that she can sniff all requests coming to and from Bob’s computer. She also knows that she is closer to Bob than the web server he is sending a request to. So, she decides to wait until Bob sends a web request, and see if she can send back a spoofed response pretending to come from the web server before the actual web server can respond. Turns out, she can. In fact, once the spoofed response is received, Bob’s computer will likely ignore any further traffic received, including the real response! 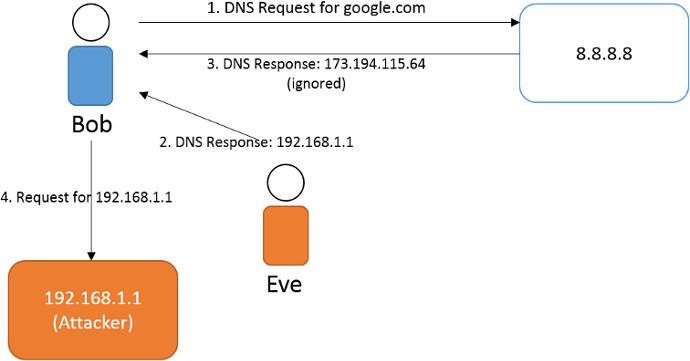 So, now that we know how the attack works, let’s automate it!

Setting up the Alfa AWUS06H

As was the case in my Raidersec post, we will be using the handy Alfa AWUS036H for this attack. The first thing we want to do is to put our wireless card in monitor mode so that we can capture all traffic coming from the demo_insecure network.

Now that we have monitor mode up and running on mon0, let’s start coding!

We will utilize the scapy module to perform the attack. Let’s start by sniffing any UDP packet with a destination of port 53, and send the packet to a function called send_response that we will make later:

Now let’s create a function which can parse the request for relevant information, and inject the response. We can parse the packet and create our response simply by working our way up the layers as follows:

Fortunately, scapy makes this very simple for us by abstracting away a lot of minor details (e.g. in fact, there are 4 MAC address fields in an 802.11 frame, each in a different order depending on the direction of the packet). With that being said, here’s the code:

Now that we’ve set all the flags, let’s create and append the DNS answer:

And, finally, we inject the spoofed response:

That’s all there is to it! You can find the full source on Github.

It’s worth noticing that we can have any HTML, Javascript, etc. we want. It would be trivial to hook the browser using the BeEF framework, for example.

Here’s a screenshot of it in action (I am using my iPhone as the victim): 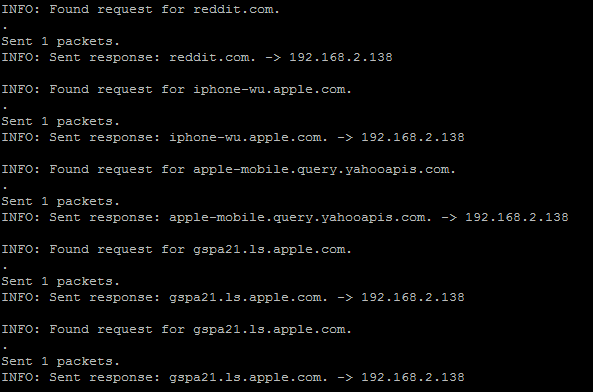 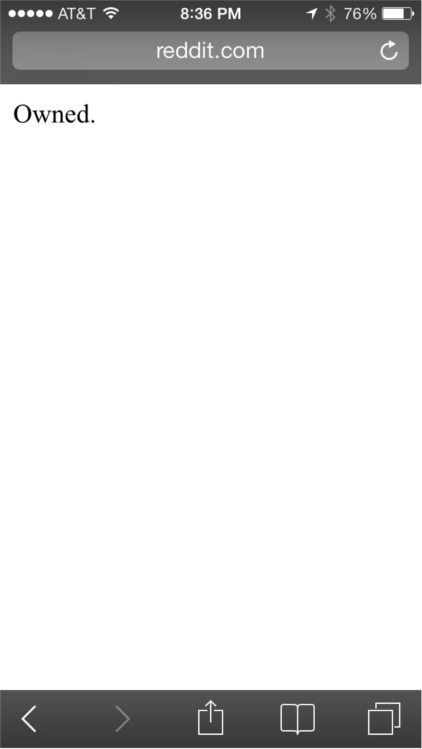 It’s important to note that this attack will work just as well on other simple request/response protocols. For example, the original “airpwn” attack spoofed HTTP responses. There are also quite a few improvements we can make to this script. Here are a few: